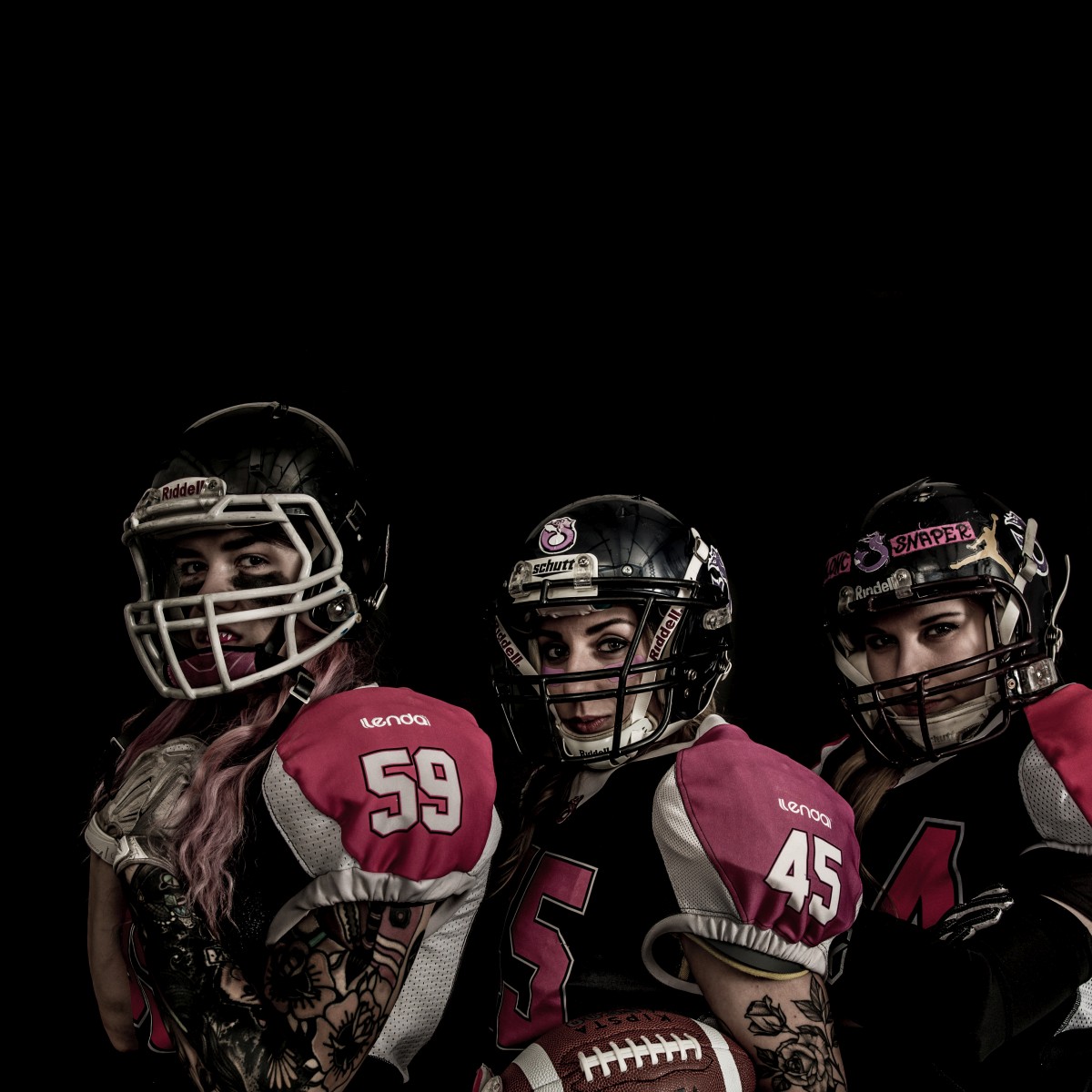 American football is one of the most contact sports, which means that players very often sustain serious injuries. It enjoys the greatest popularity in the United States, where the National Football League generates the largest profits out of all leagues. In Poland, on the other hand, American football is still a niche sport and competitions of more popular team sports overshadow matches of the men’s league. The Warsaw Sirens, the first and the only women’s American football team in Poland so far, inaugurated its training in Warsaw in 2012.

At the moment the team, which has as many as 50 players, makes efforts to join the games of the women’s league in the Czech Republic.

In the picture some members of the Warsaw Sirens, from the left: Aleksandra “Harpagan” Łukasiewicz, Agata Lonc and Magdalena Lonc.