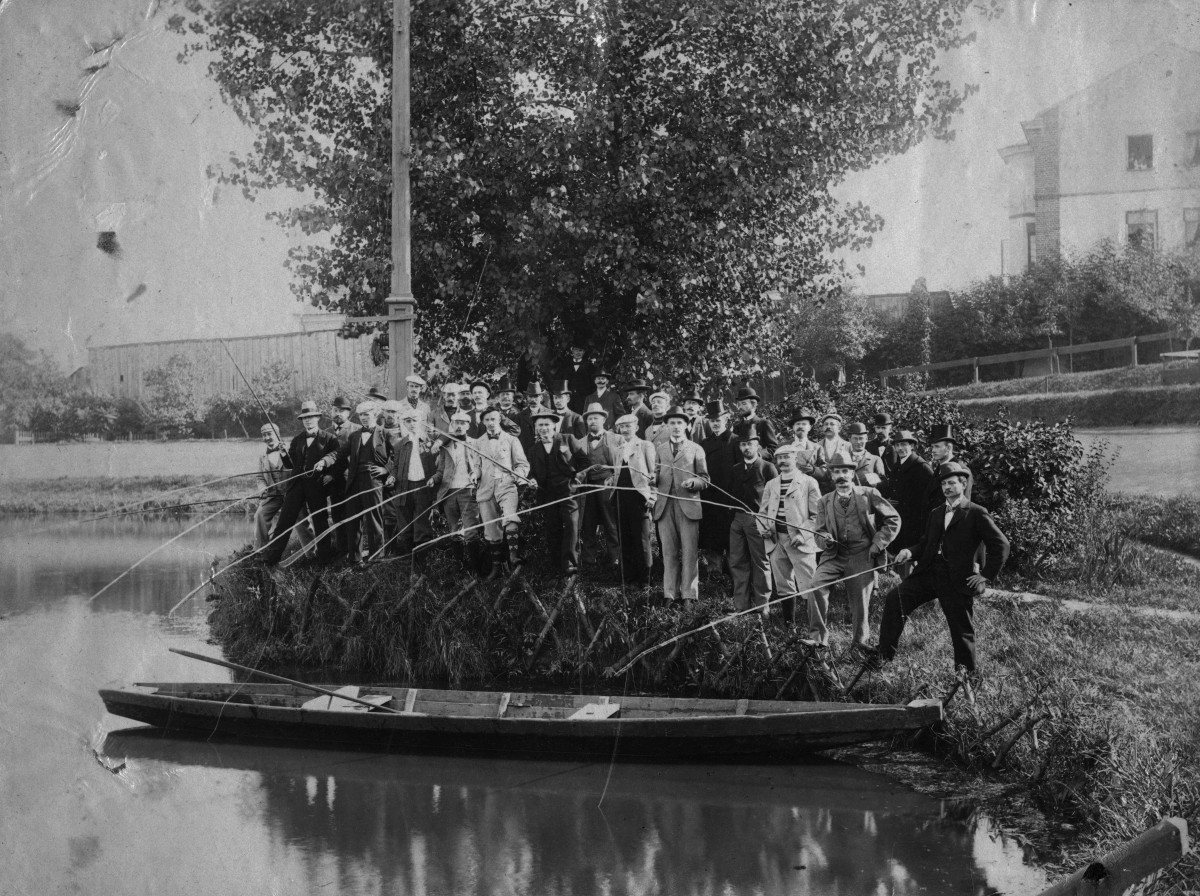 For a long time angling was considered as sport. From the beginning of the 20th century onwards, the Warsaw Cyclists Association (WTC) had a fishing section. It drew sportsmen who wanted to calm down and unwind after their racing efforts. In the period of the Second Polish Republic several sports clubs in the capital city boasted such sections, among others the Czechowice Sports Club and the Okęcie Workers Sports Club. The Association of Angling Enthusiasts, established in 1904, was a body coordinating sport fishing competitions.

In the photograph of 1901, members of the WTC are angling at a pond surrounded by a cycling track in Dynasy. Collections of the WTC.