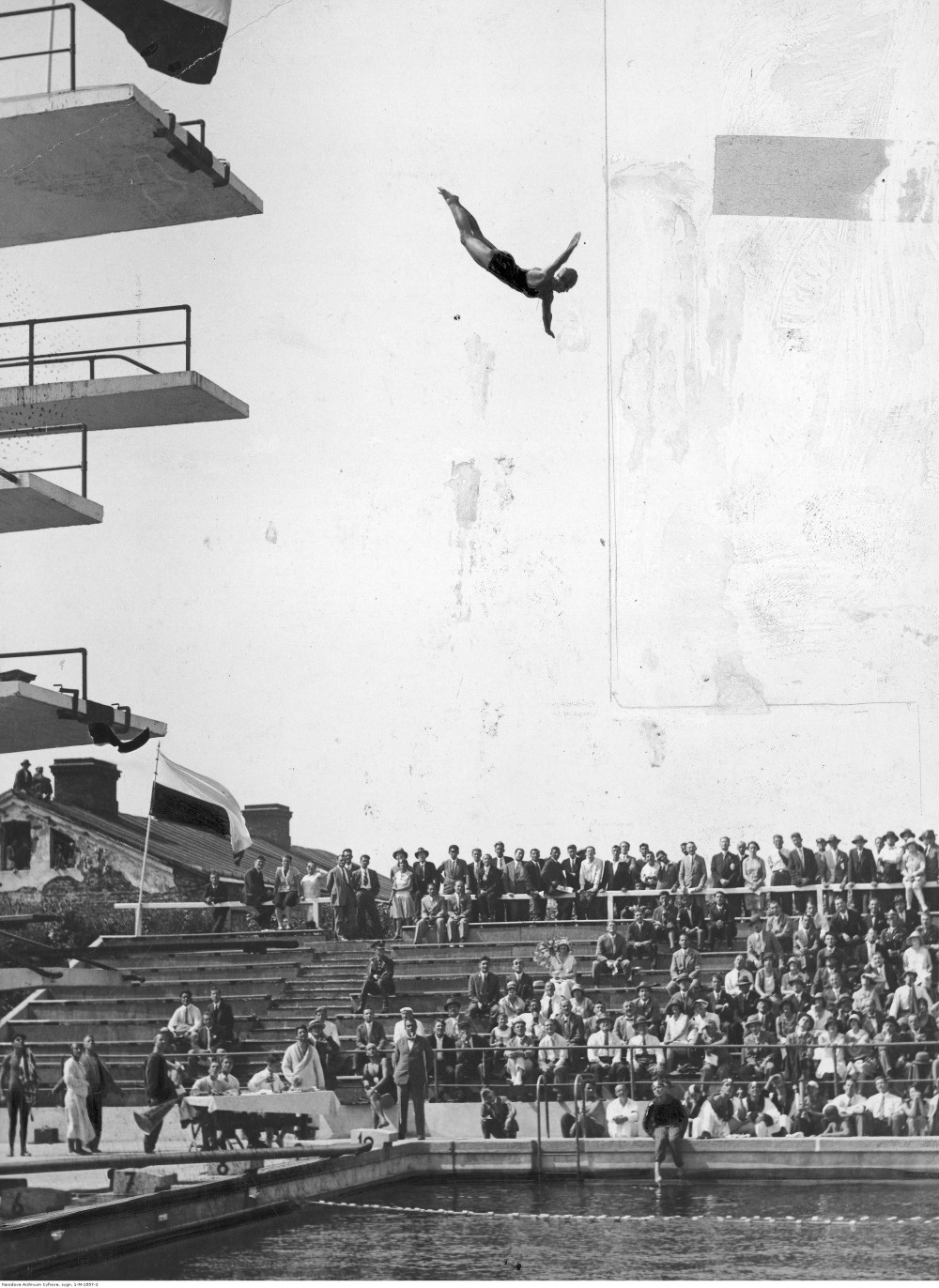 Diving is one of the oldest Olympic events. Our fellow countryman from the U.S.A., Jerzy Gajdzik, received a bronze medal in this event in 1908. It was the first Olympic medal earned by a Pole, even though for another country. In the Second Polish Republic, from 1922 onwards, there were regular Polish platform diving championships, whereas springboard diving championships were introduced in 1924. In spite of being a great attraction for spectators, diving remained a niche discipline.

The photograph of 1929 depicts Pretnar, a Yugoslavian competitor, jumping into water from a 10 m platform designed by a well-known architect Aleksander Kodelski. The swimming pools of Legia were opened in 1929 and for half a century they meant much more than just a sports facility, becoming a place visited by famous politicians and celebrities. Collections of the National Digital Archives.