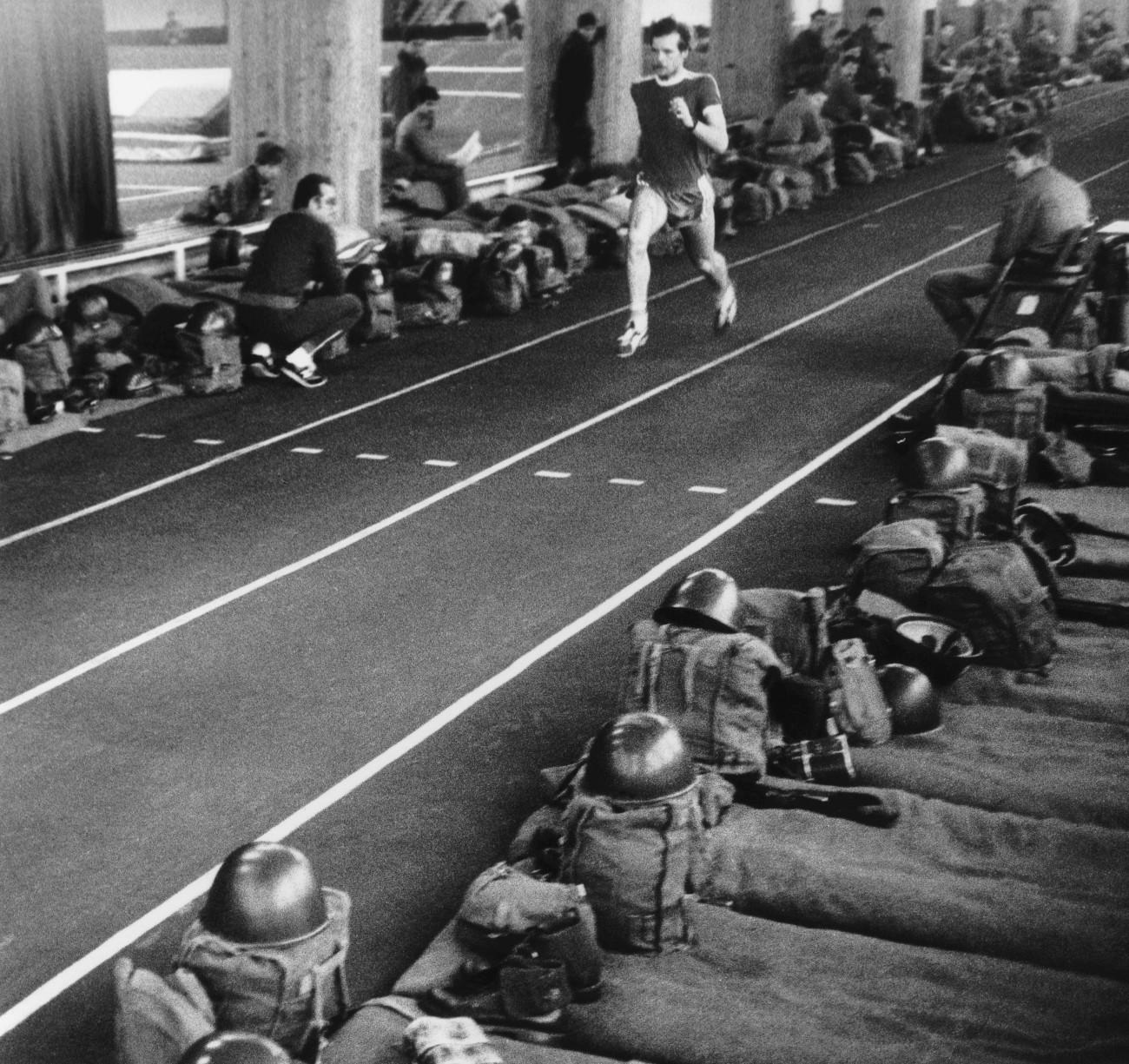 The today’s enormous popularity of football dates back to the moment of Poland’s regaining its independence. However, there were times when pictures of matches had to be taken in secret, because organized football was outlawed, which nevertheless did not discourage even 2000 spectators from gathering to watch an illegal tournament. This was the case of Warsaw football during World War II. Heedless of the occupier’s ban, several dozen teams took part in the Warsaw championships, although matches had to be played on second-class pitches. The competing squads included: Błysk, Fala, Okęcie, Olimpia, Czarni, Bimber, Polonia, Wir, Korona, Wawel and others.

Photo of 1943 depicting a clandestine football match played in the stadium of Orzeł at Podskarbińska Street. Stolica (magazine) of 1959. Photo by courtesy of the Circle of Lovers of Polonia Warsaw History.

Immortalising the reality in photography during the martial law period in Poland was equally dangerous. At that time it was officially prohibited to take pictures and the authorities appropriated the whole equipment. A famous photo of Marian Woronin’s training was illegally taken within the militarised University of Physical Education by Leszek Fidusiewicz. Wearing a tracksuit and holding a stopwatch, he participated in the training in the hall in which Woronin had his workout session, too. To make the training possible, soldiers had first to roll up mattresses and vacate two tracks. Fidusiewicz got pictures hiding the camera in his hand. Then the photograph of the training was secretly taken out of the country and published in Paris Match soon after. “Just as Chris Niedenthal’s photo depicting a tank in front of the ‘Moskwa’ cinema has become a symbol of martial law, this picture is a symbol of that period for the sports environment”, the author says nowadays.