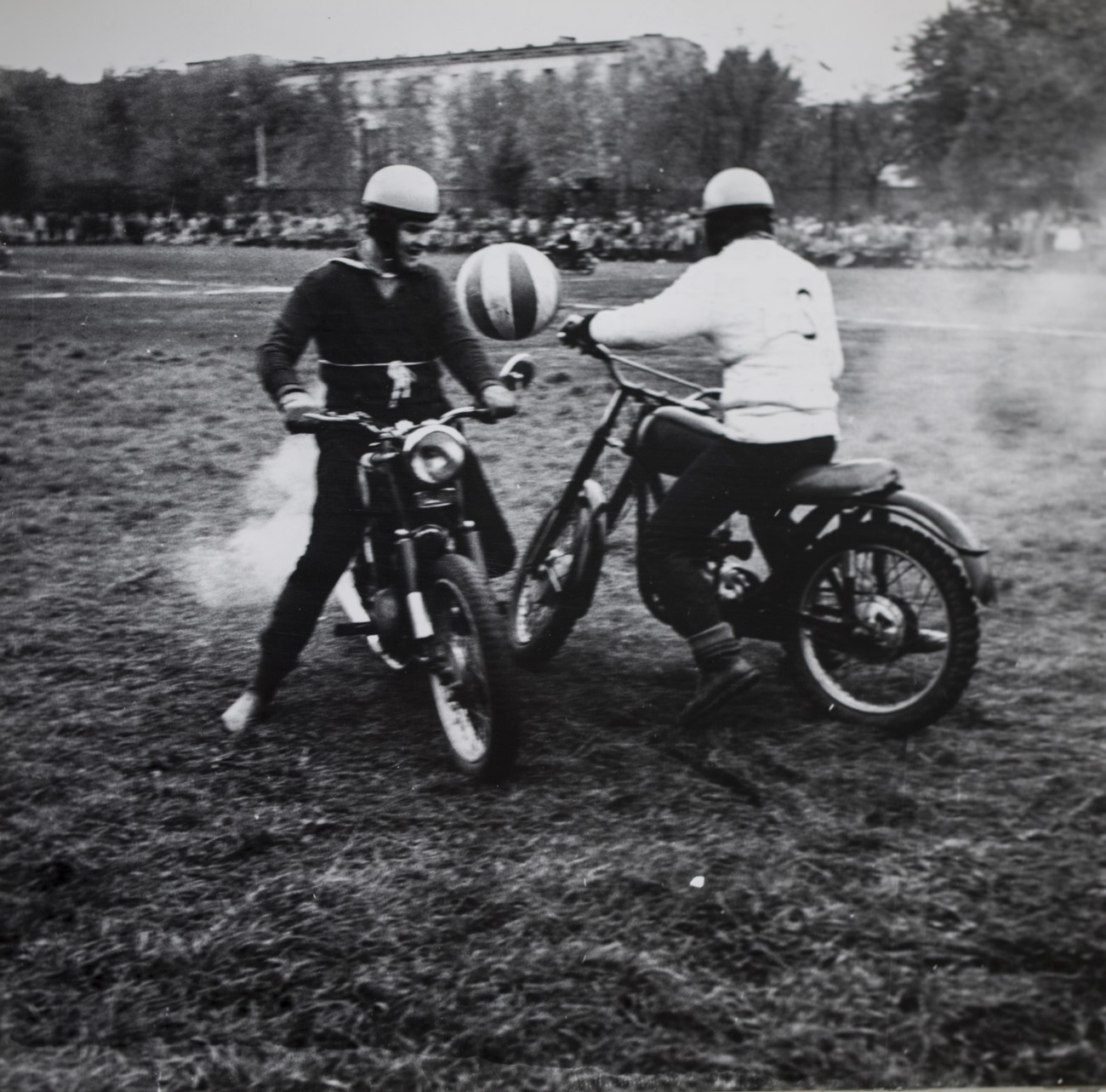 Motoball (motorcycle polo) is a discipline which combines riding motorcycles and playing football. It originated in France in 1930. The sport is especially popular in Russia and the post-Soviet states, while it is Germany that hosts regular league matches. The rules of motoball resemble those binding in traditional football. Everyone, expect for a goalkeeper, rides a motorcycle. The aim is to place a ball of 120 cm in diameter and weight of about 1 kg in the opponent’s goal. The cylinder capacity of a motorcycle cannot exceed 250 cc.

In the picture of 1963 a friendly motoball match played in the Technical School of Motor Vehicle Engineering in Warsaw organized on the occasion of opening the motor section of the Circle of the Polish Defense League.