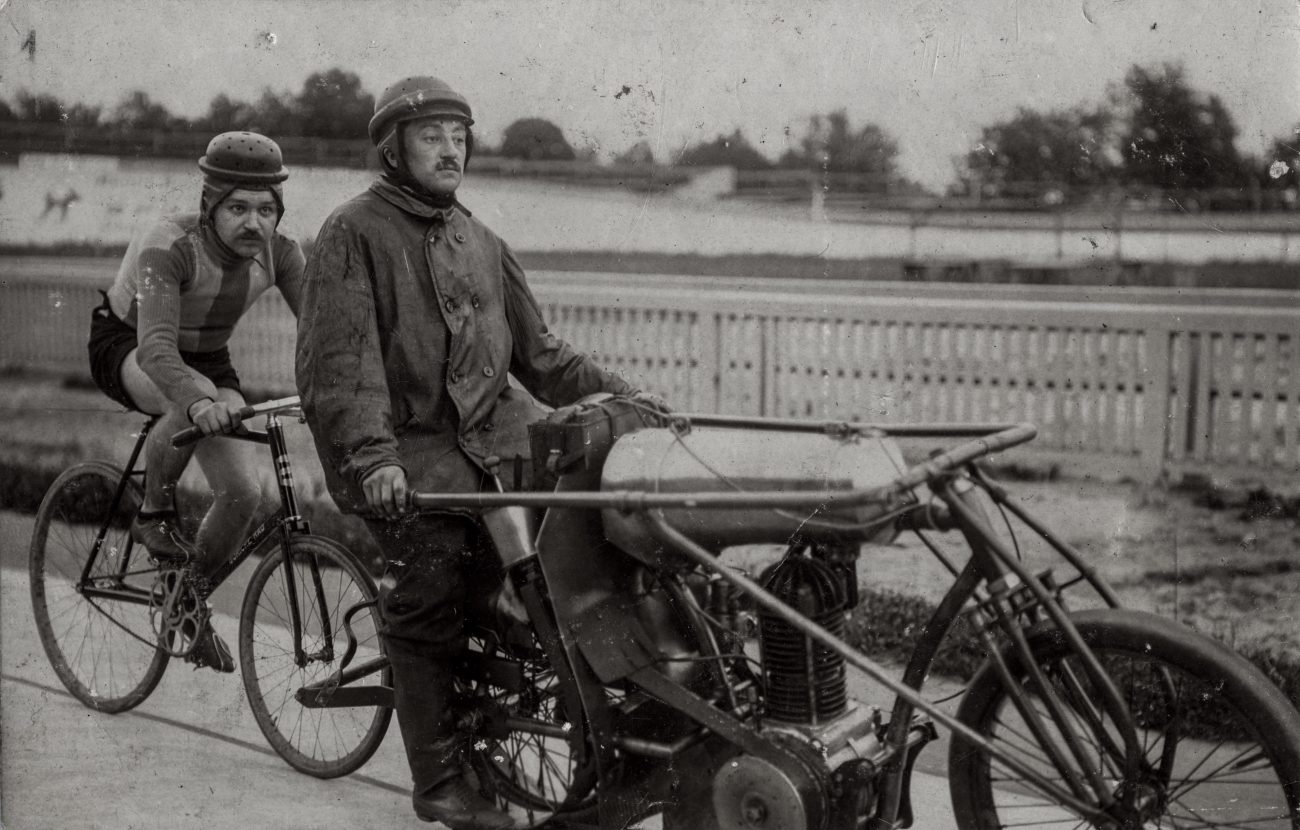 Before World War II the phrase “motor-paced racing” was clear for any inhabitant of Warsaw interested in sport. It acted as a magnet for fans and attracted to the Dynasy velodrome the multitudes which gathered to see races of cyclists following pacers on motorcycles.

The first such events were held in Warsaw as early as the beginning of the 20th century.

Photo of 1920. A cyclist led by a motorcyclist on the Dynasy racetrack. In the background there is a water reservoir which played the role of a skating rink in the winter and a fishery in the summer. Its centre occupied a small island on which an orchestra often gave performances during competitions. Collections of the Warsaw Cyclists Association.