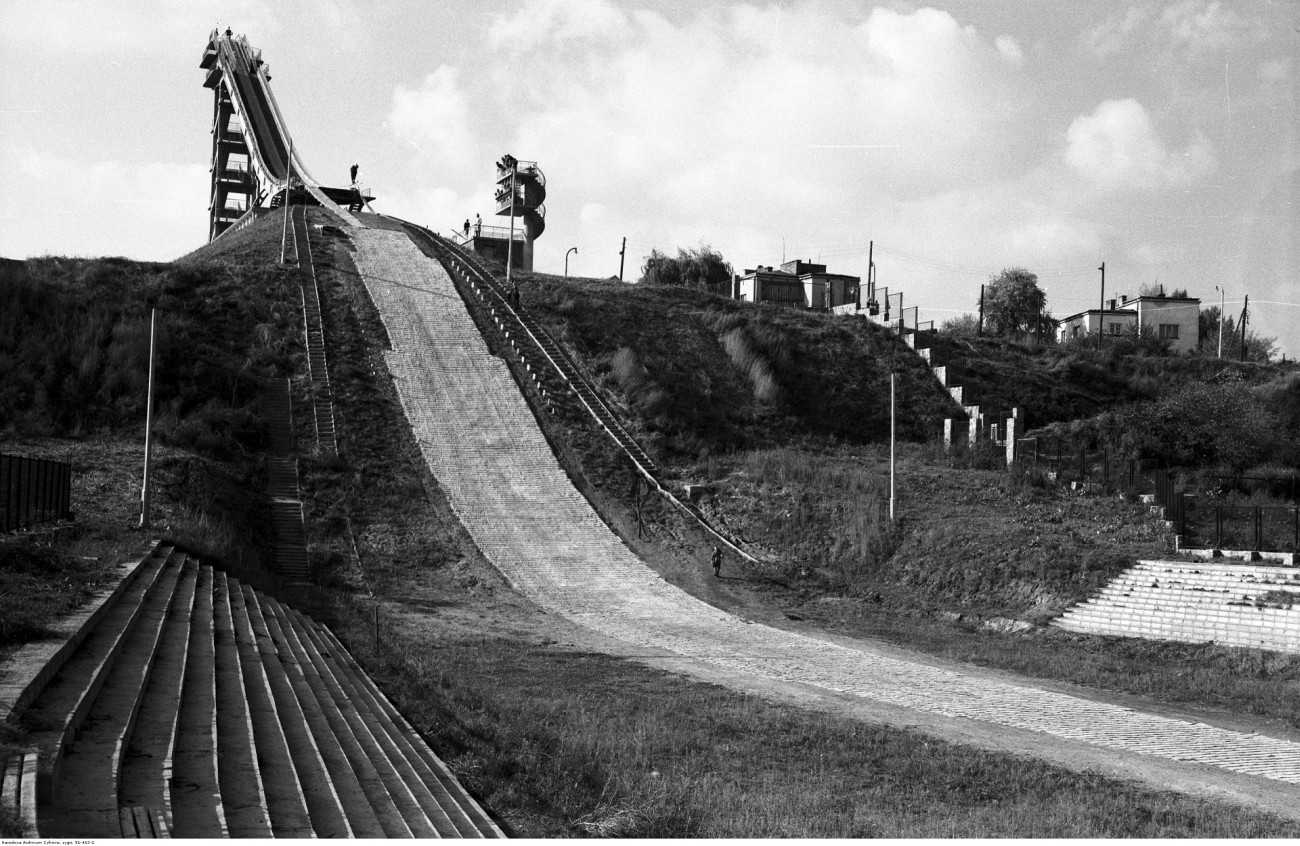 Ski jumping has never been associated with Warsaw, although almost 100 years ago a ski jump was built in Agrykola Park, where the best ski jumpers reached over 20 metres. The construction was demolished in the 1970s. Another, much more modern ski jump, used chiefly by the Warsaw Skiing Club, was put into service in 1959. It was completely pulled down at the turn of 2011. Only its base remained, which at present houses a post office and a ski rental.

Picture of 1960. View of the ski jump in Mokotów. The object was covered with plastic in the 1970s. The records of the best jumpers amounted here to over 40 metres. Collections of the National Digital Archives.