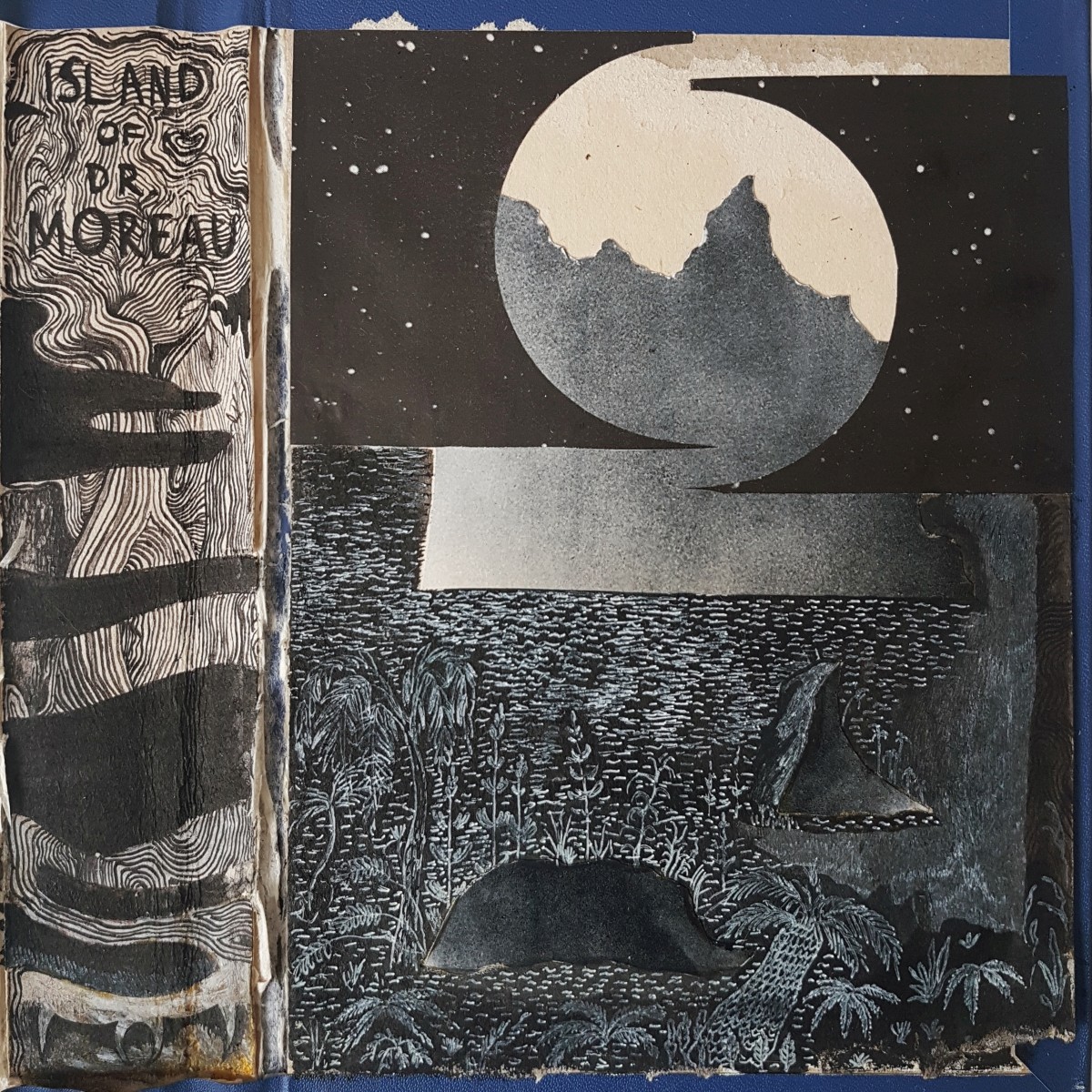 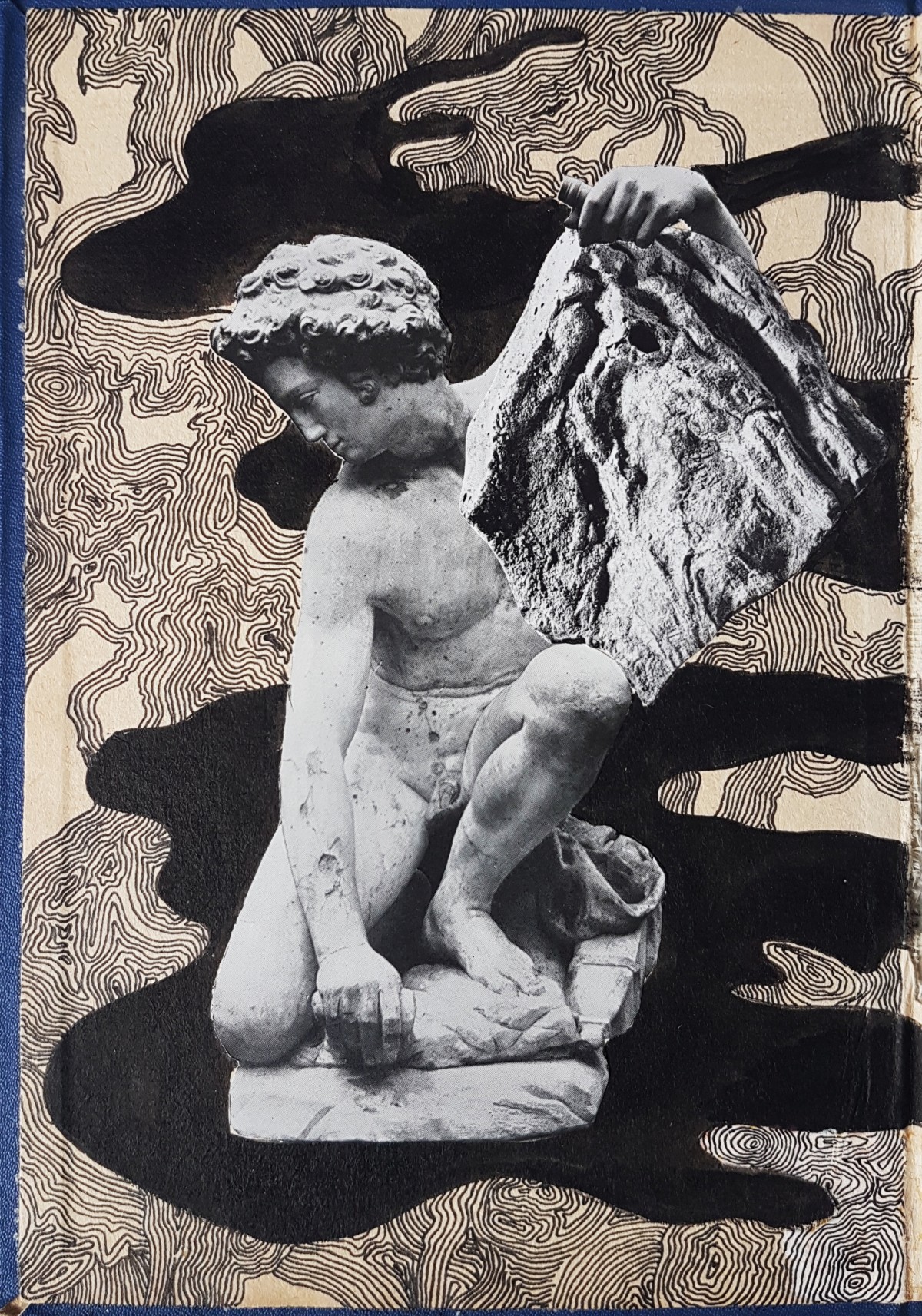 The Island of Dr M. collage/ink on cardboard 2020

The motive represents a mix of topics: The Island of Doctor Moreau by Herbert George Wells and the so-called Angel of Death – doctor Mengele. The island of Dr M. is one of the main topics – marriages – discussed in the cycle. The island shown in the cosmic context becomes a romantic symbol even more. The motive of vivisection and experiments on people and animals in Wells’ book is closely connected with experiments on genetic inheritance by Mengele, whose research during the Second World War was maintaining the desired trend among medics connected with Nazis.

Another image of the Moonboy – the boy’s portrait that is a combination of cosmic and earthly matter – the forces of nature and material culture of our civilisation. The motive of growth rings in the background carries the meaning of the passing of time and special memory, in which a black smudge is poured – the forgotten space or perhaps not yet discovered.