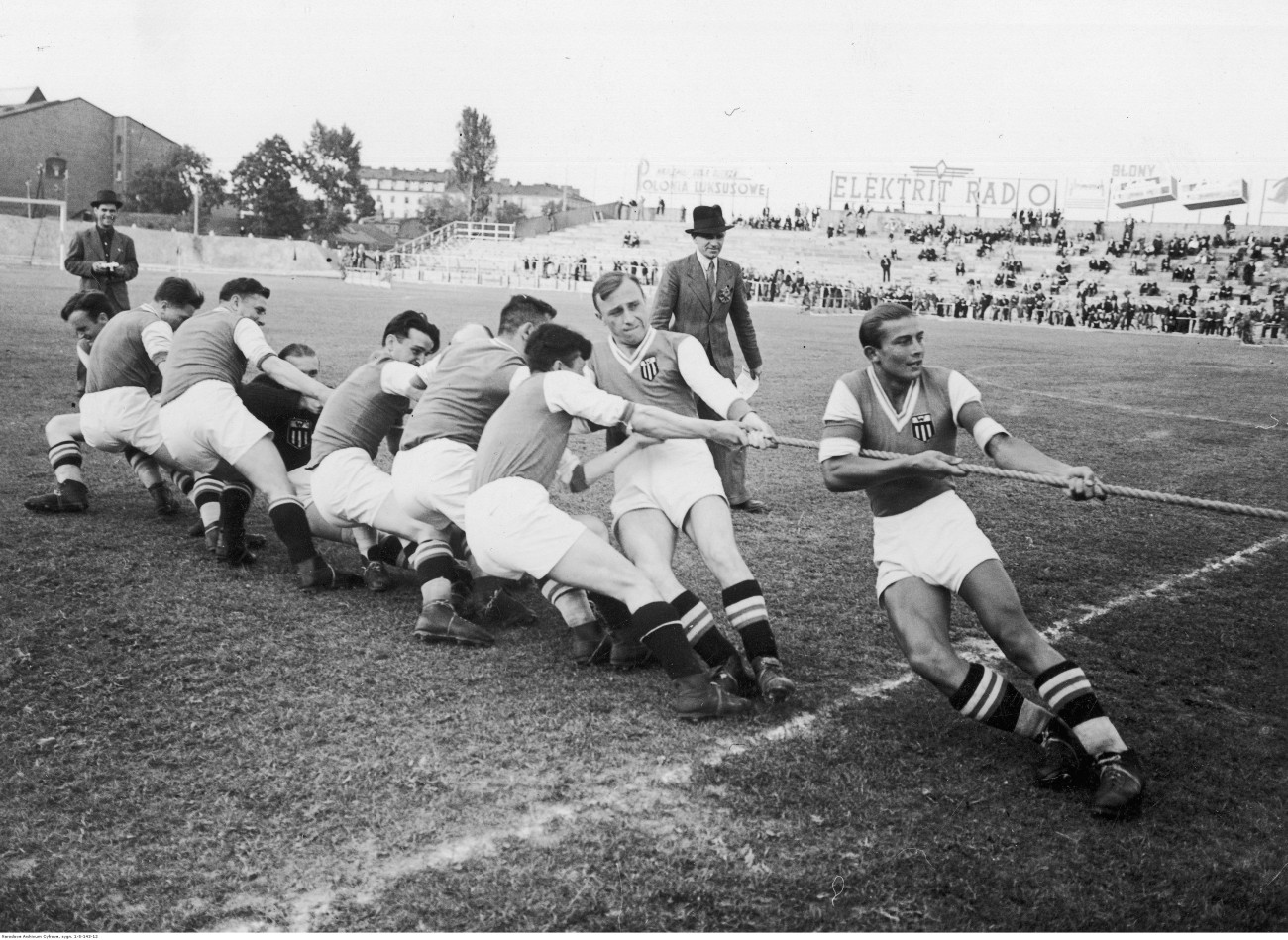 Hardly anyone remembers that tug of war was part of the Olympic Games, one of the athletics disciplines. Until 1920 you could be awarded a medal in this event. It was tug of war that constituted the first historic competition of Warsaw university sportsmen in 1916, won by the team of the Warsaw University of Technology.

Towards the end of the Second Polish Republic, tug of war was growing in popularity as entertainment at family picnics and fairs. In this day and age you have the Polish Tug of War Federation which was established in 2015. Its representatives participated in the official world championships in 2016.

The picture of 1938 shows the footballers of Warszawianka winning a tug of war with the players of Polonia Warsaw. The contest was held during a break in a friendly football match. Collections of the National Digital Archives.