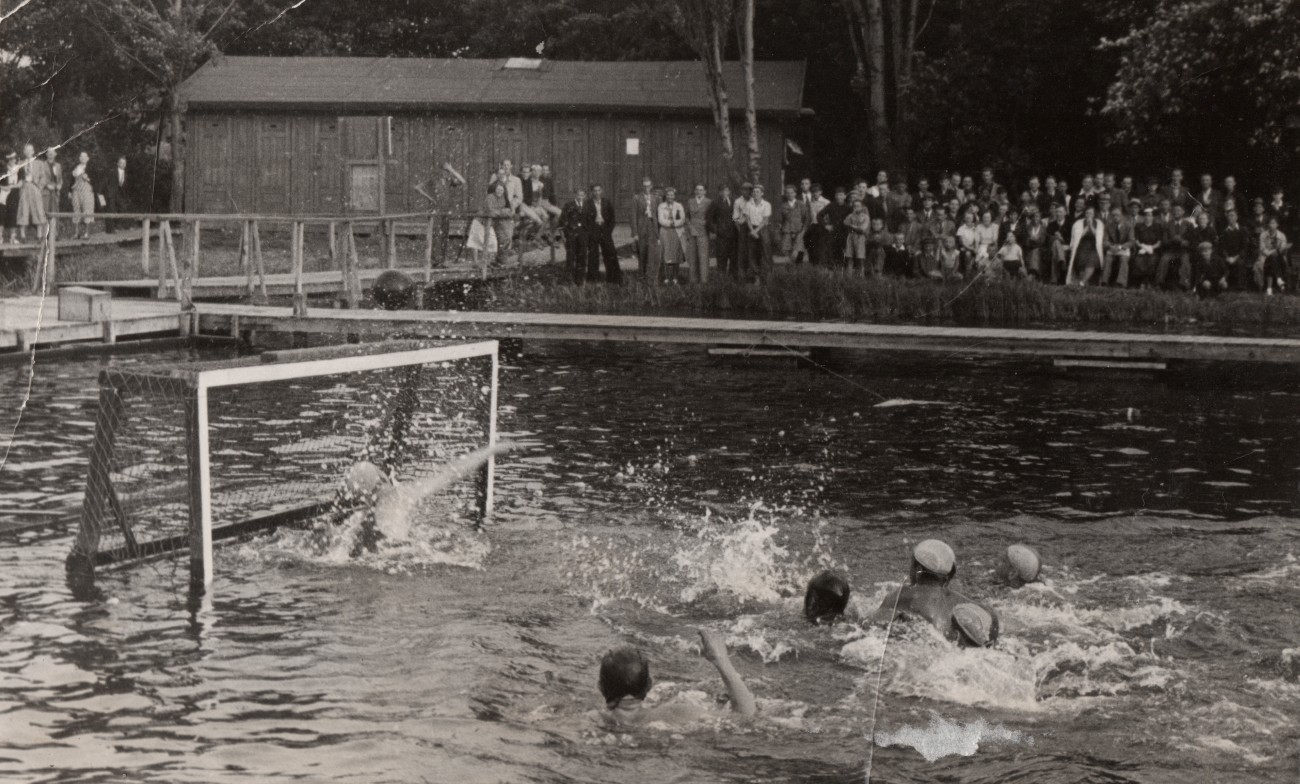 AZS water polo players included a national hero of Greece and Poland, Jerzy Iwanow-Szajnowicz, whose life was made into a film as Agent No. 1.

Photo of 1937. A match of the AZS Warsaw with Hakoah Bielsko, won by the hosts. Collections of Tadeusz Makowski, in possession of Robert Gawkowski.