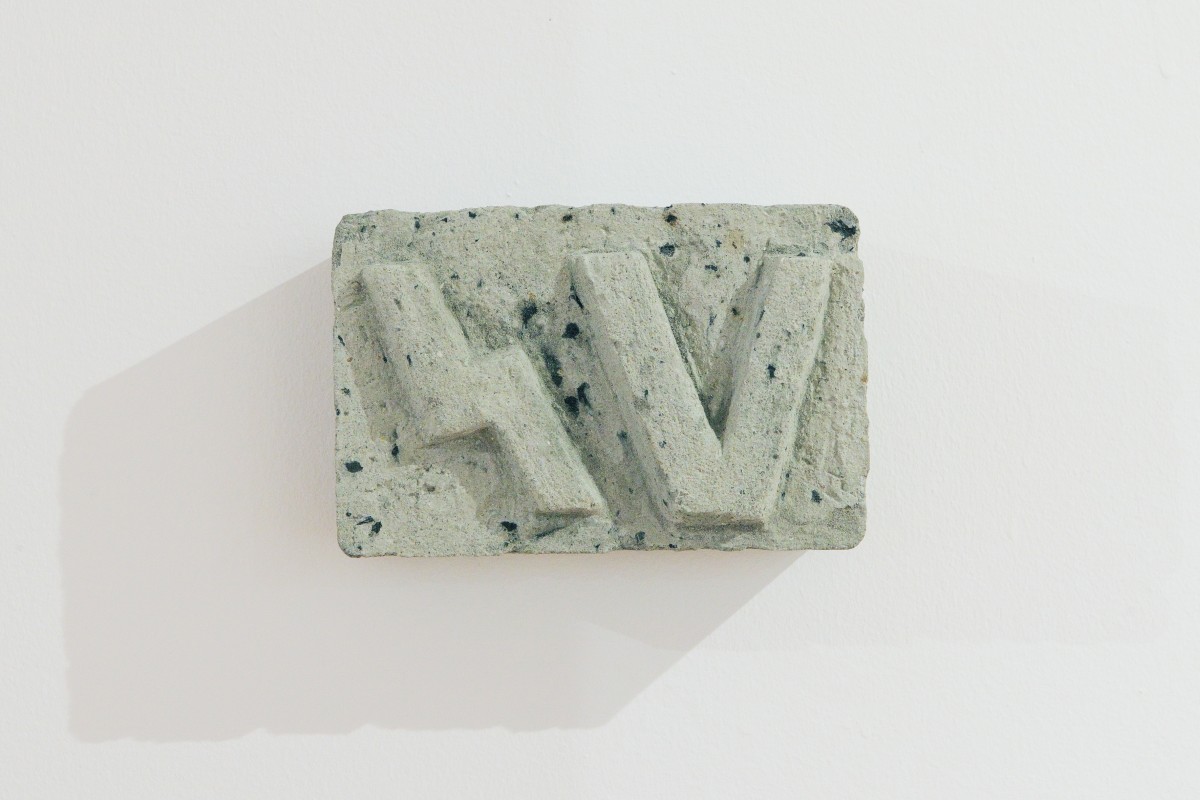 Cosmic landscape, in which one can find a lot of motives present in the collages cycle, is completed by an object with an SV relief on. It is an acronym for the rocket named Saturn 5. The code hidden in typography refers to Wernher von Braun and his work on the engine of V2 rockets, which makes reference to the life story of von Braun and other German scientists co-creating rocket programmes in NASA after the Second World War. S resembles the sinister lightning from the Schutzstaffel SS symbol. The landscape is a natural scenery in which the object resembling a fossil is found as an artefact of human activity in the first half of the 20th century.