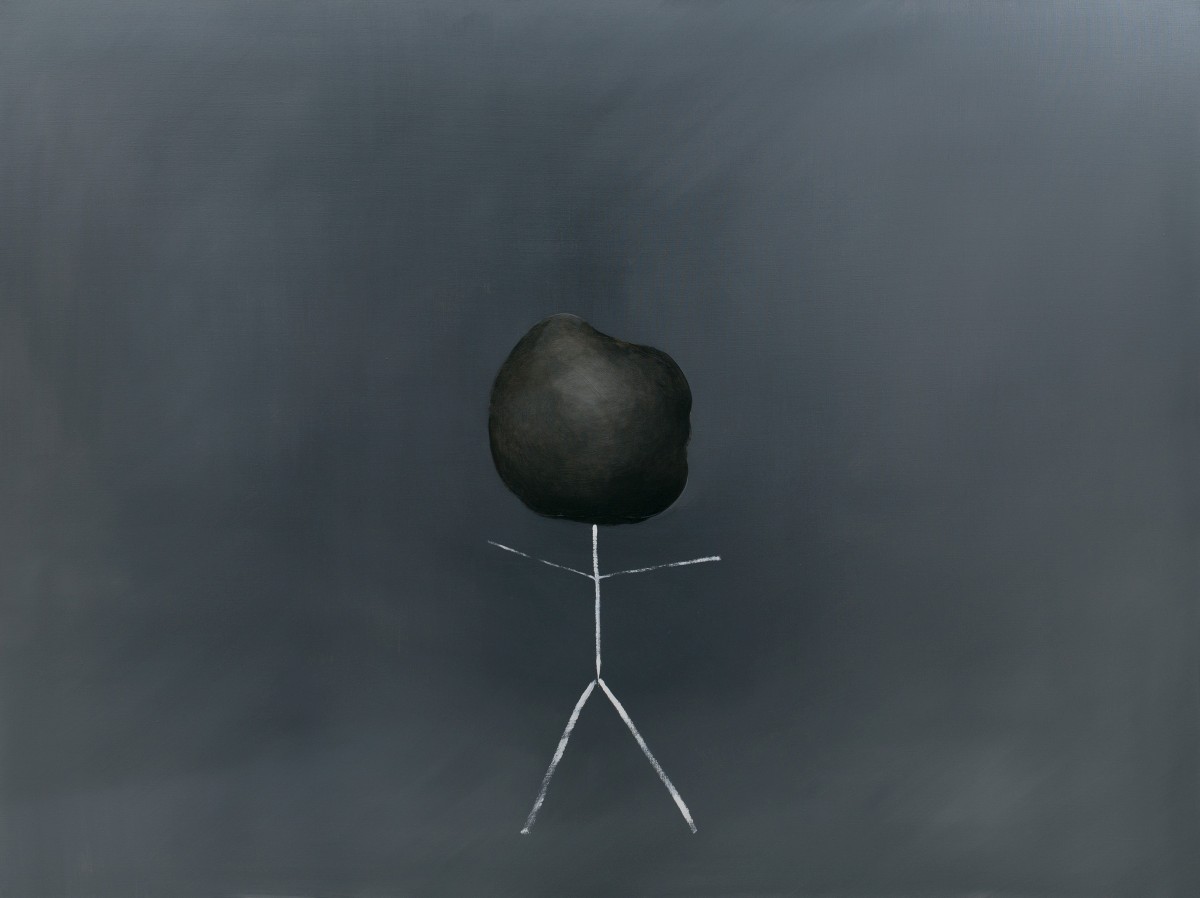 The Little Boy is a cryptonym for the atomic bomb dropped on Hiroshima on August 6, 1945. Nuclear energy was used then against people for the first time in history. The painting comes from the cycle Destrojart. It was shown at the exhibition under the same title during Jakub Słomkowski’s residency in XS gallery. The Little Boy was created by painting a few lines on the rock levitating in emptiness. Adding the human dimension points the role that human beings will play in the history of our planet cycle.