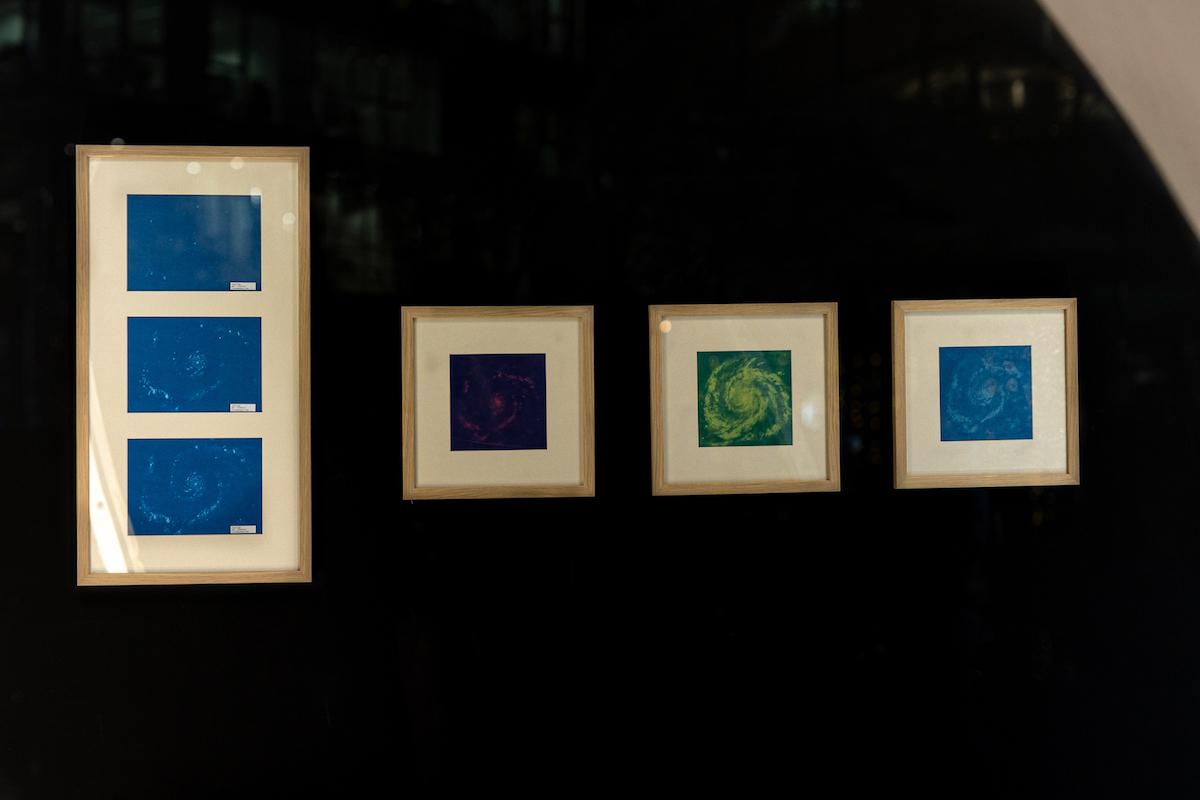 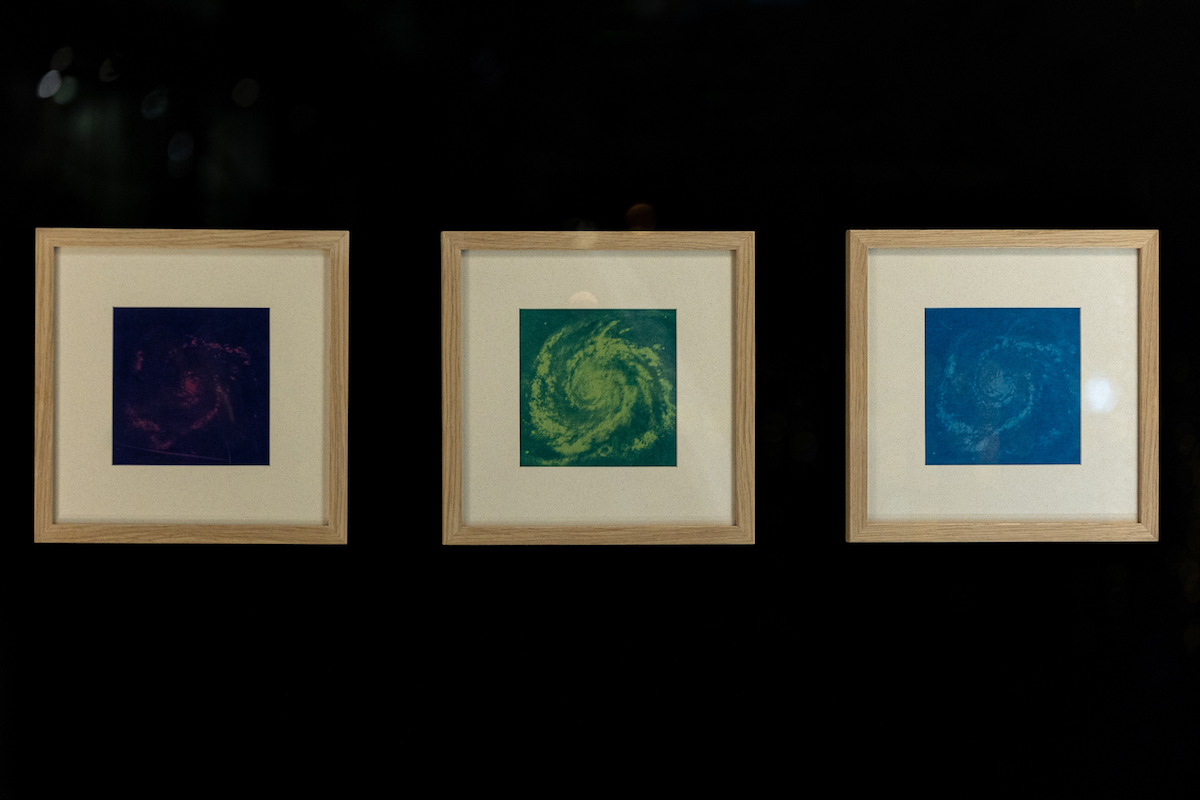 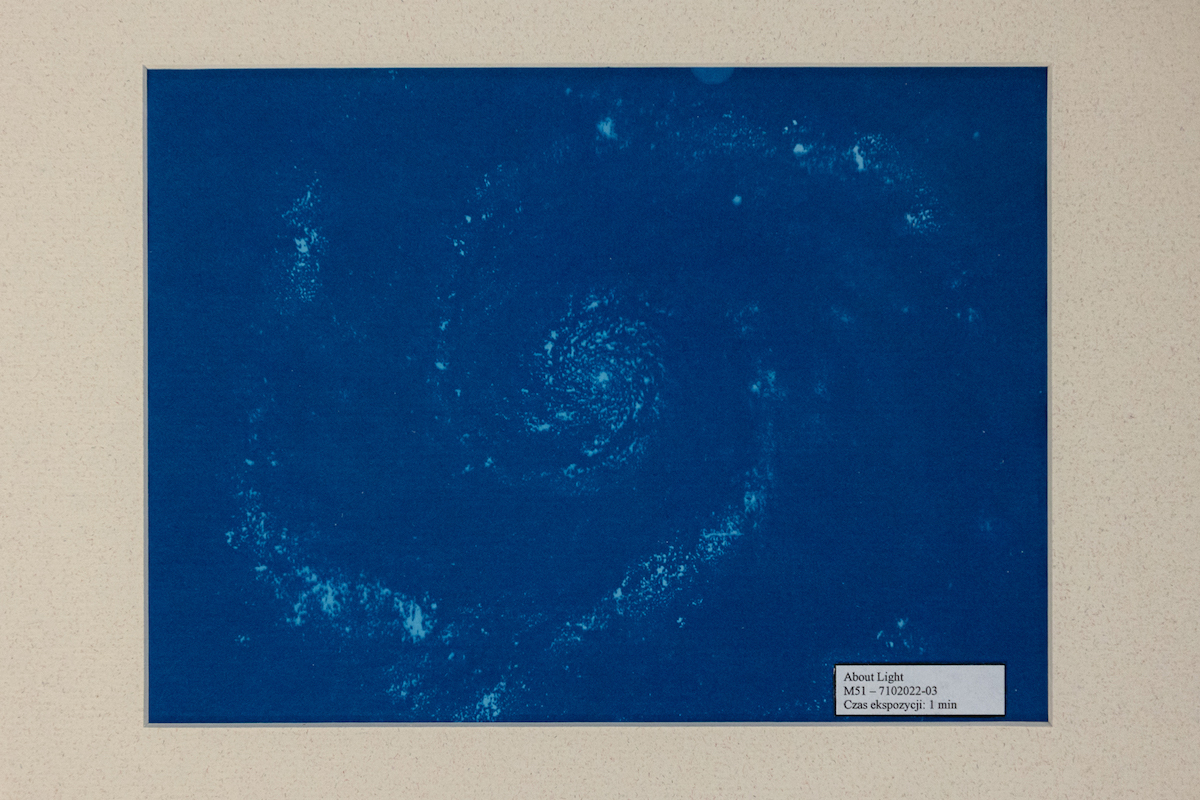 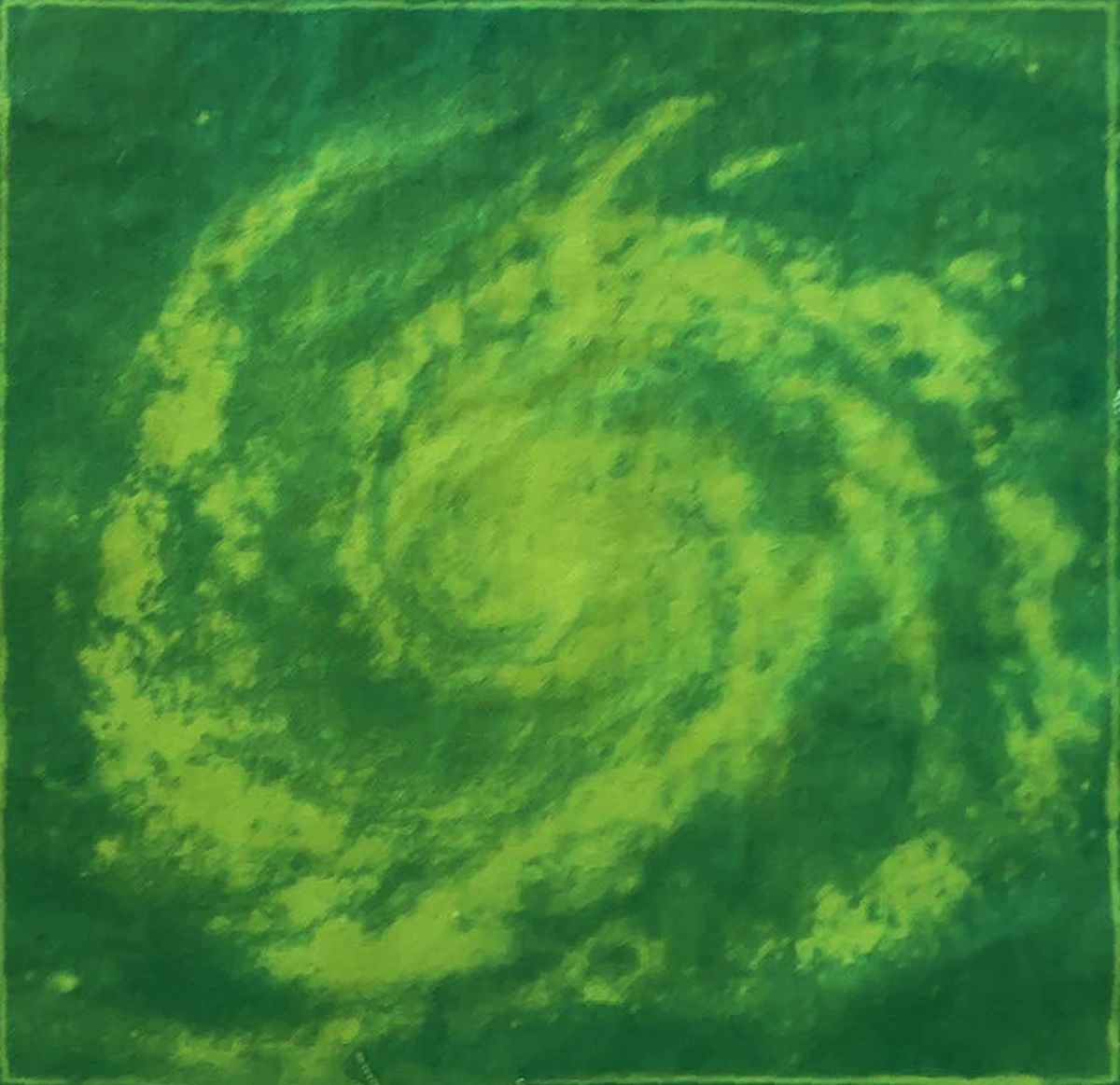 These are the last words of this story.
You’re looking at the spiral galaxy M51. This picture of light was made with light where photons left their mark on a cloth. Light sensitivity is something that describes you too: your skin, pupils, and psyche. I see you longing for light, looking pale, and taking pills.
*
It seems like every discovery made by human astro- biologists and astrophysicists is a breeding-ground for new metaphysical concepts and comprehensive visions of the universe. What if hard science could explain what’s good or what’s bad? What would it change? What would it do?

If everything in the universe is made from fields of mass & energy joined in a way that it results in forms like: you, a pencil sharpener, a goat moth, your headphones, shoes and your mum –
If we’re living in a multiverse comprising of many universes like this one, but not an unlimited amount of them, just as Stephen Hawking stated before his death –
If there are pairs of entangled particles in these uni- verses and, despite the distance, a change in the state of one will influence the state of the other –
If there are no hermetic boundaries between vari- ous forms of matter, because everything is fields in motion –
If neutrinos constantly pass through you, me, concrete, and hair, your jacket, or white frost (they are small, fast, and in a way: disrespectful and impossible to map) –
If particles you’re made of came into being after a supernova’s explosion and they have existed millions of years now only to have formed many beings before, and will form many beings after you –
If the universe rhythmically pulsates, without beginning nor end; expanding and shrinking, expanding and shrinking like breathing lungs –
If so, then what does this mean to you? How to live in a world described as such?
*
I won’t say anything anymore, but you can take me for a walk to a nearby park. I like your trees and how the wind blows, even when it’s chilly. I’d like to hang around. At your place.
You can go now.
I will speak no more.