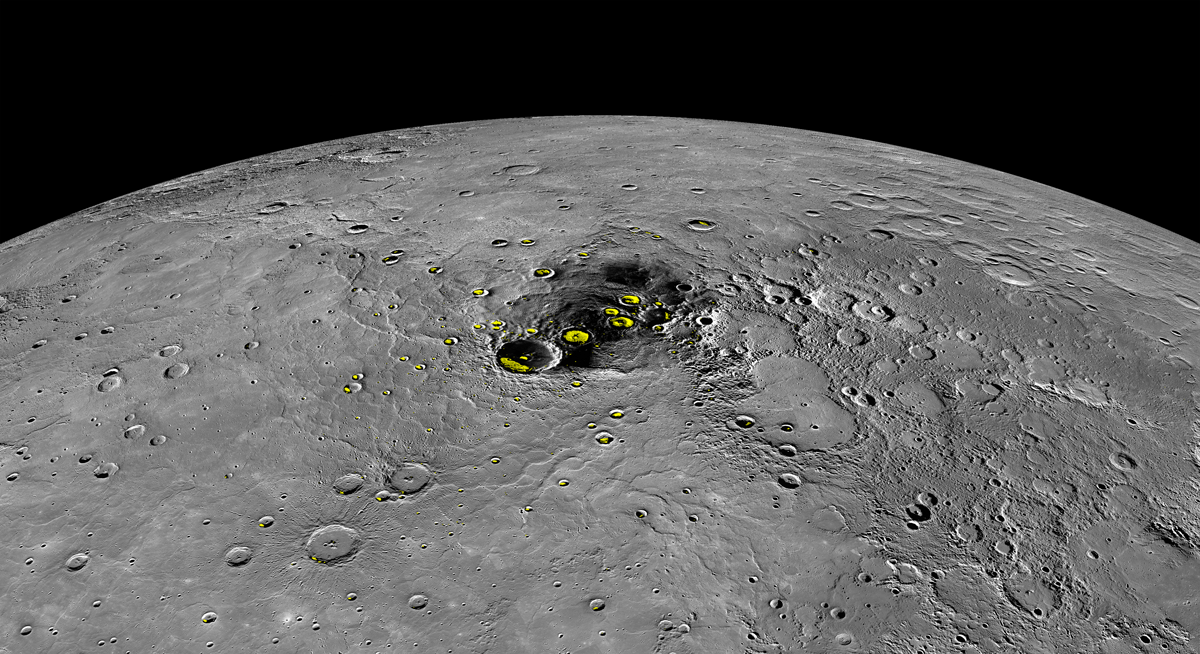 Our photon already passed Mercury’s orbit a while ago, but let’s take a look at this planet, to see something visible for a change.
Did you know that every new crater has to be named after a deceased Earth artist, composer or writer? To be considered, they also had to be famous for more than 50 years and had died over 3 years before. That’s what I call precision!
Rivera, Warhol, Monet, Schevchenko, Komeda, Byron, Boznańska, and Thoreau.
You’ve marked your territory on Mercury. You don’t even live here – which isn’t surprising: temperature fluctuates between -180 and +430 oC – but you just can’t stop yourselves from naming, spraying the next terrain.
Surely, it must be helpful when communicating about it, but it’s just hard not to see it as a warm-up before the next colonisation.